I wasn’t ready to do hikes that were too crazy as I’m still recovering from having Peter, but Taylor convinced me that we need to go on this one to see the famous Arenal volcano. It ended up not being too bad of a hike, and the view of the volcano was definitely worth it. We were worried when the day started that we might not be able to see the volcano because of cloud cover and rain, but we were lucky and things cleared up just enough by the time we got to the view point. It was a pretty cool sight to see, and I’m glad we did it. Peter on the other hand was a little fussy on this hike. It came right during his morning nap, and he wasn’t falling asleep in the little backpack we have for him. I breastfed him to calm him down when we got to the viewpoint (Tay had to snap a pic!) which calmed him down a bit and he feel asleep on the way back (isn’t he too cute sleeping in his little pack?). We saw some pretty incredible plants and trees on the trail as well, including the huge tree we’re standing next to called a La Ceiba tree. 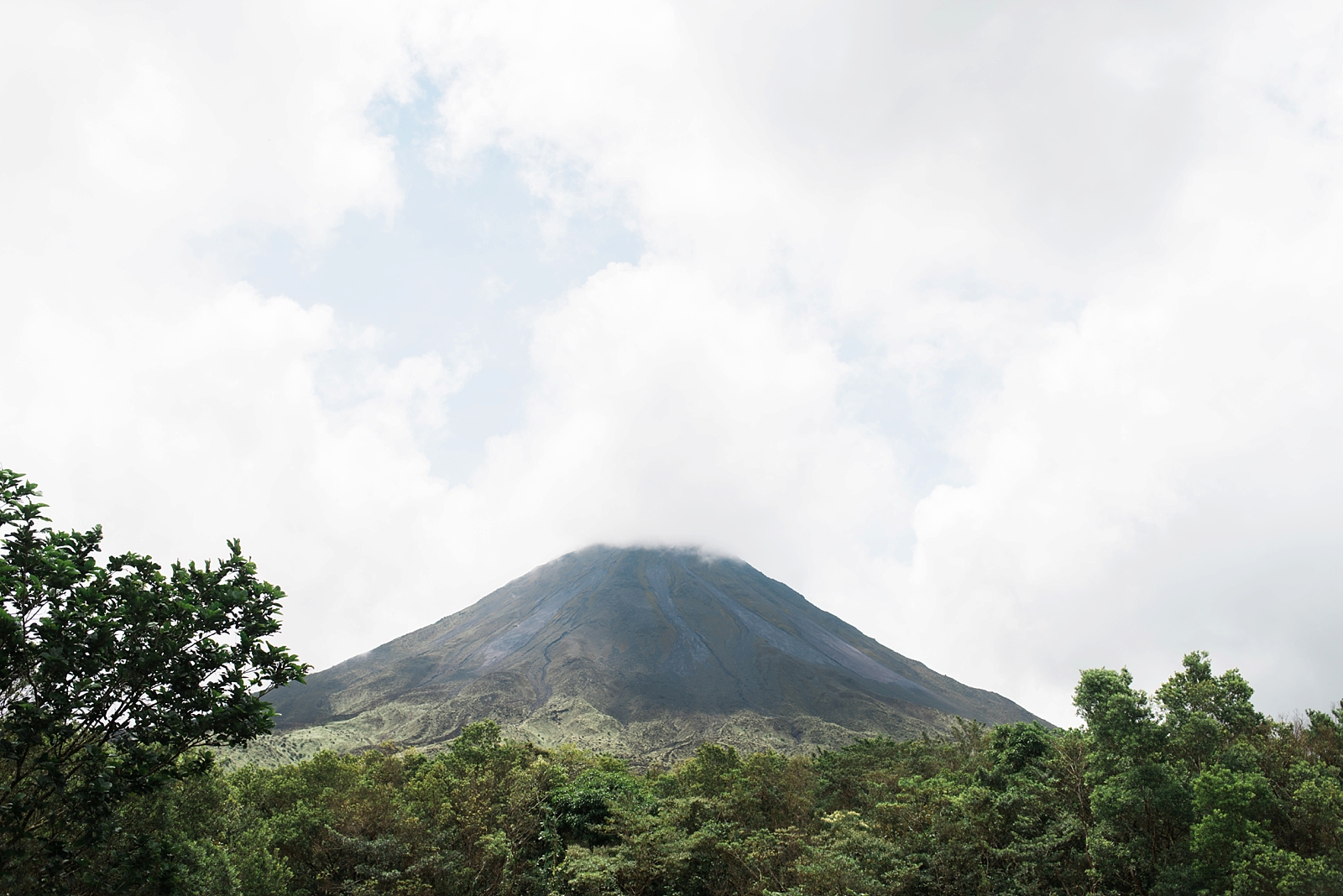 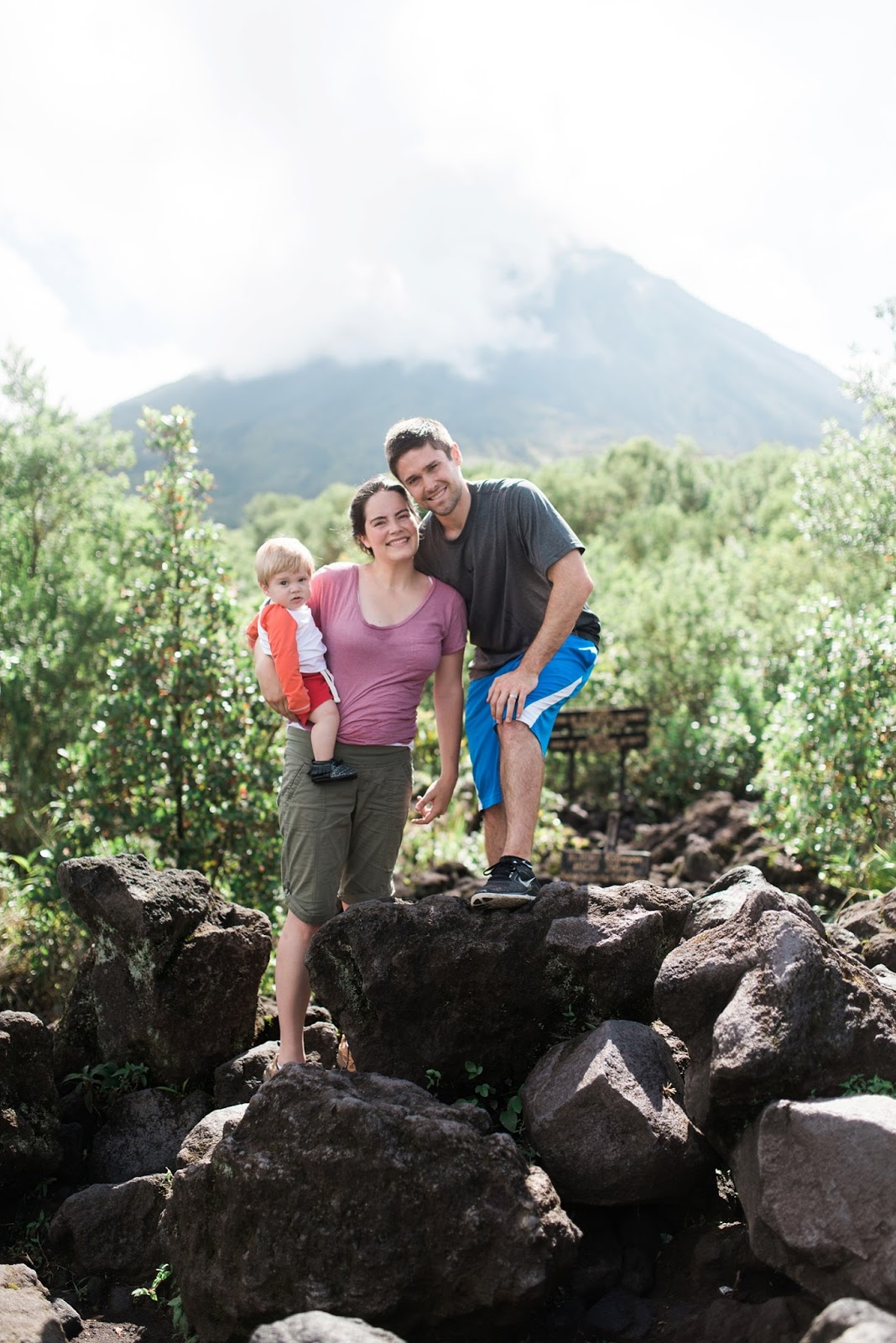 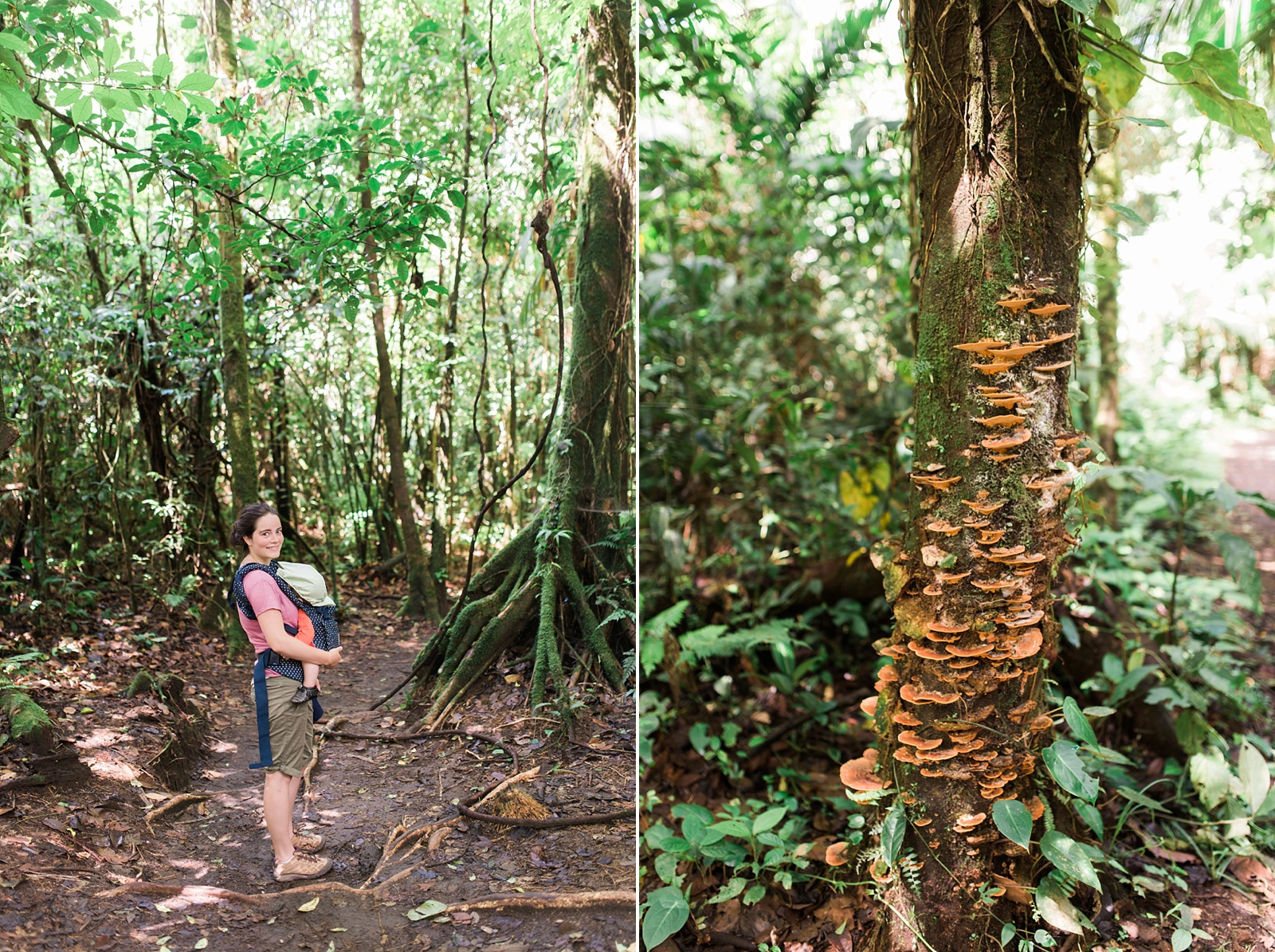 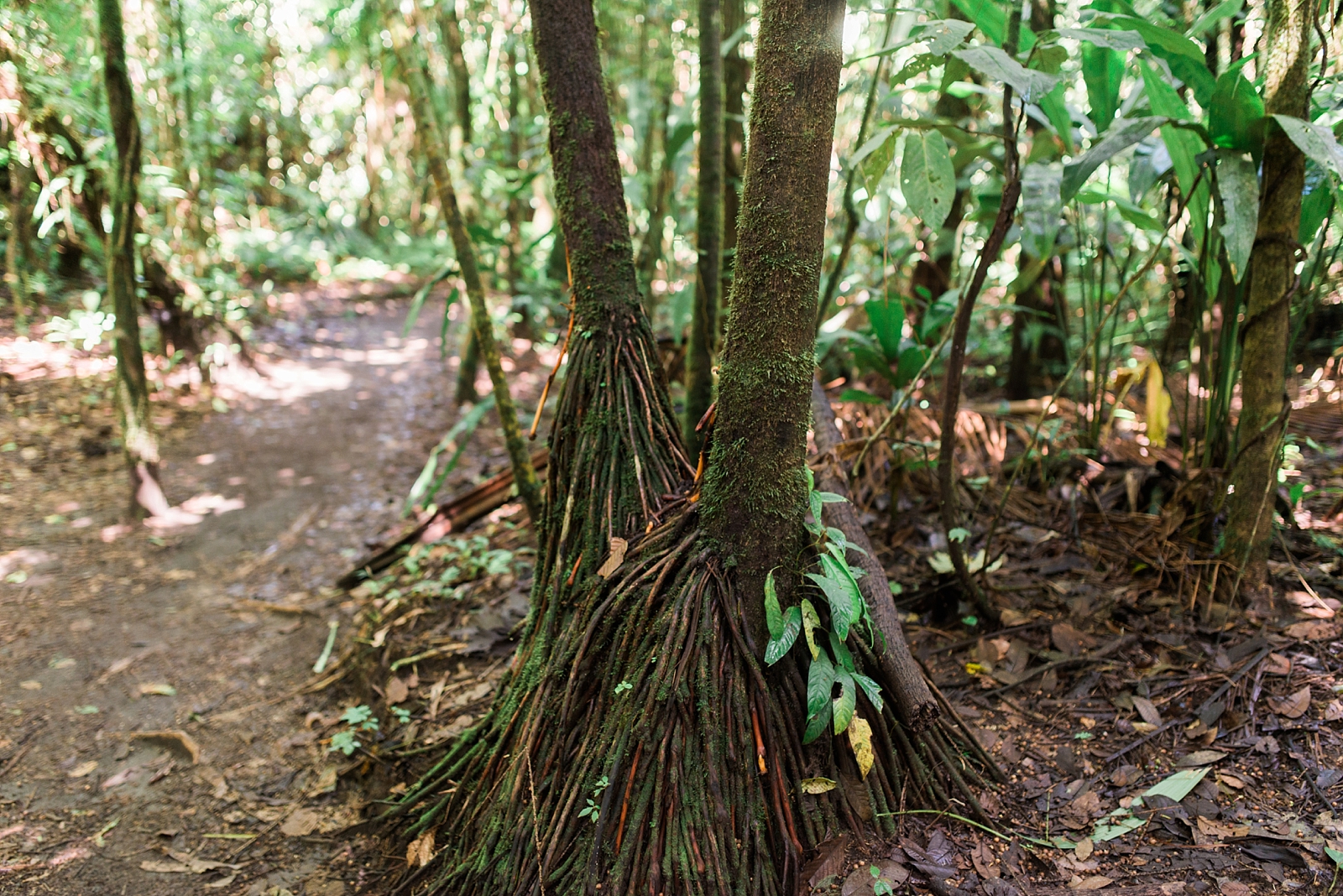 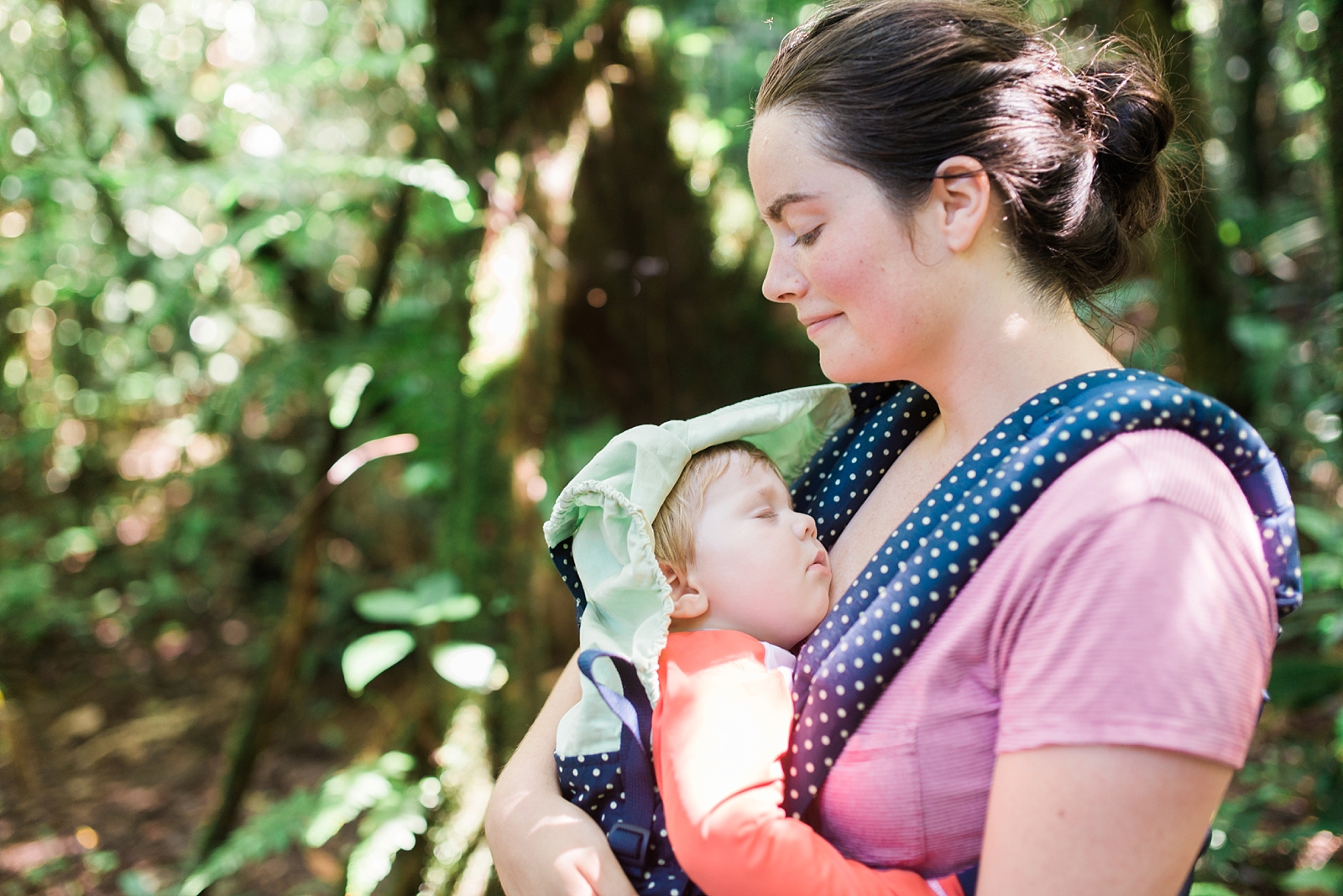 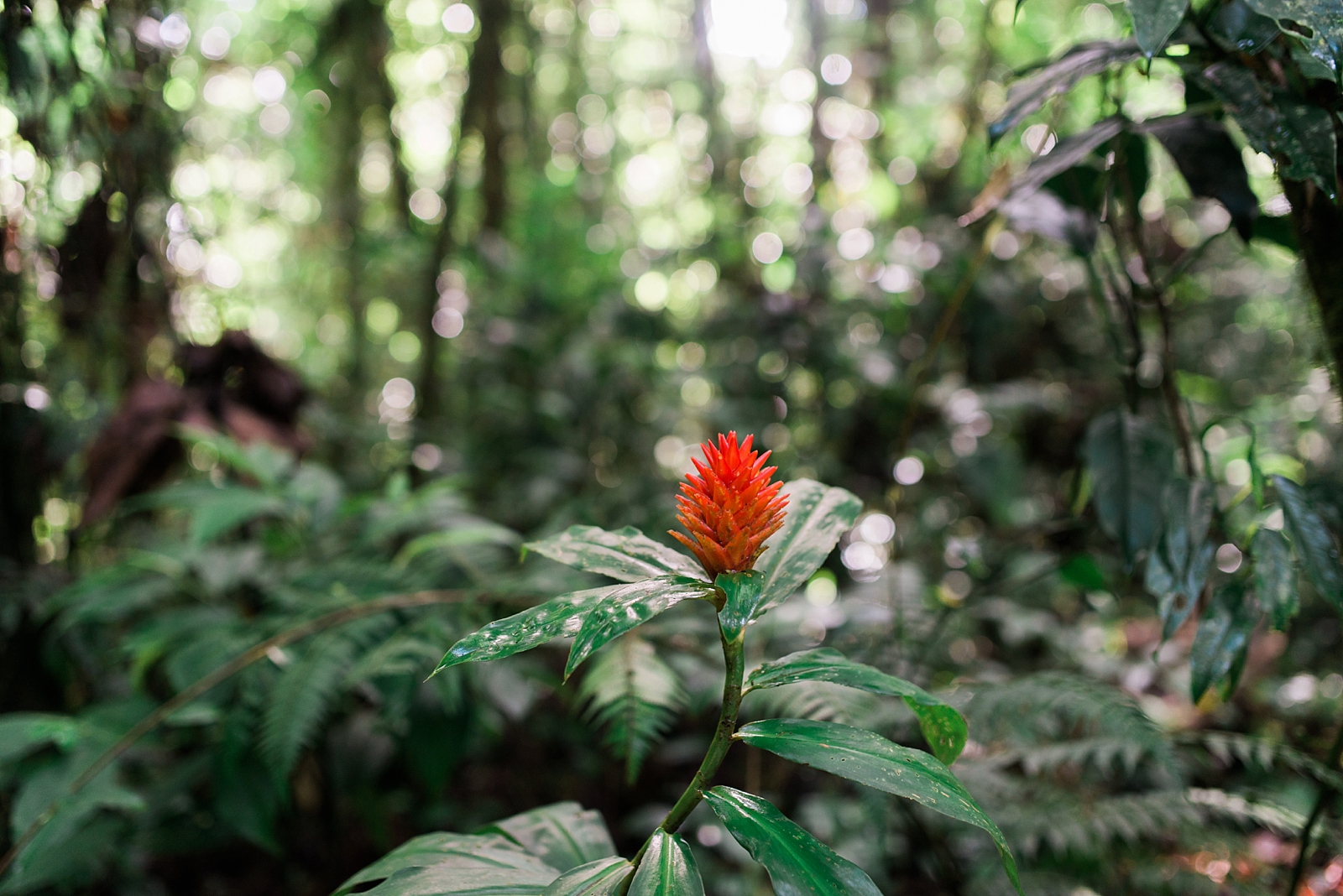 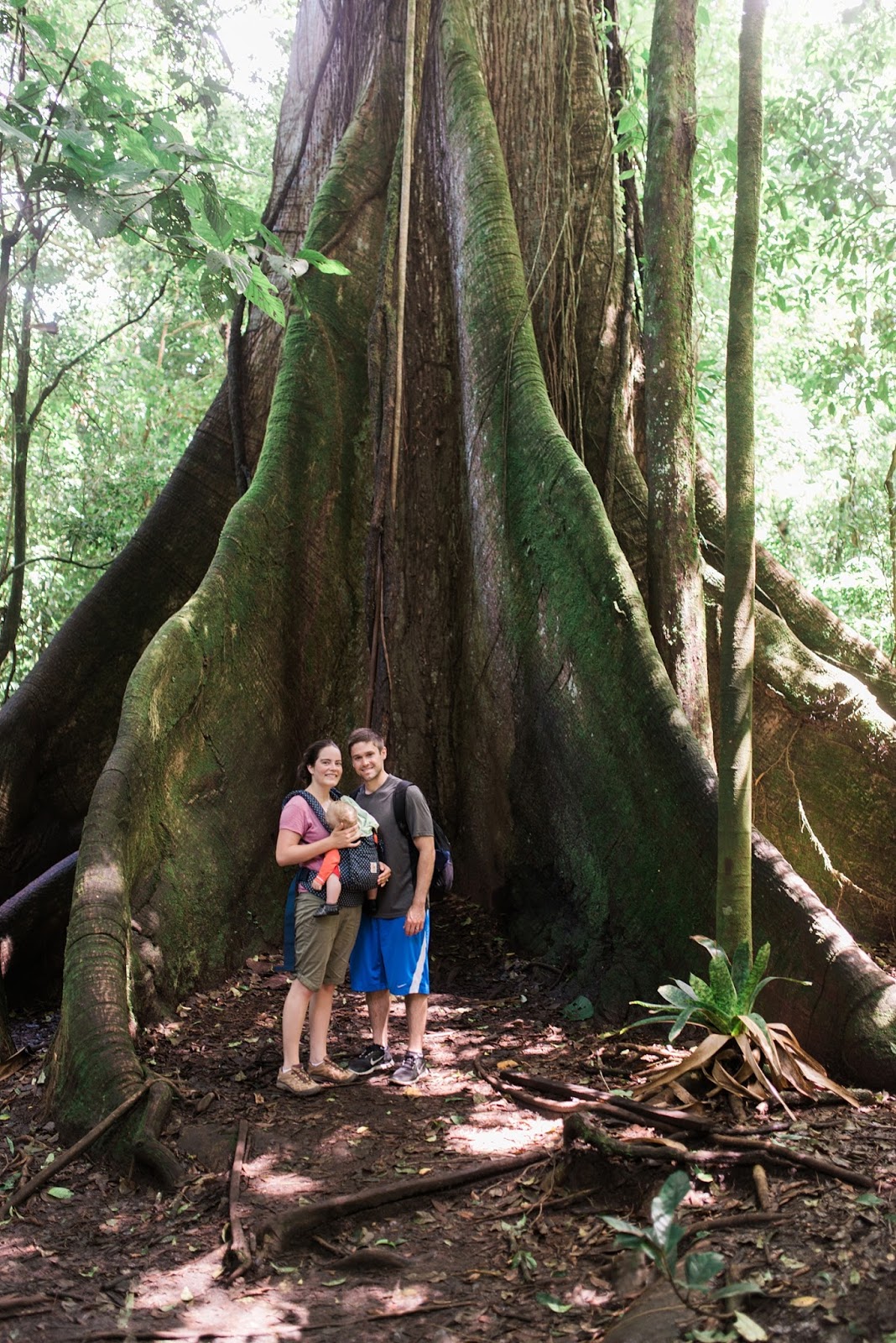 After our hike we went to relax our muscles in a natural hot spring river. La Fortuna is well known for their hot springs, and have a lot of hotel resorts where you can pay big money to go soak in them. We decided to go the free (and natural) route and hiked down to the river to relax in there. That’s more our style, and it was super nice. Peter, like with all water, loved splashing and hanging out in there with us. 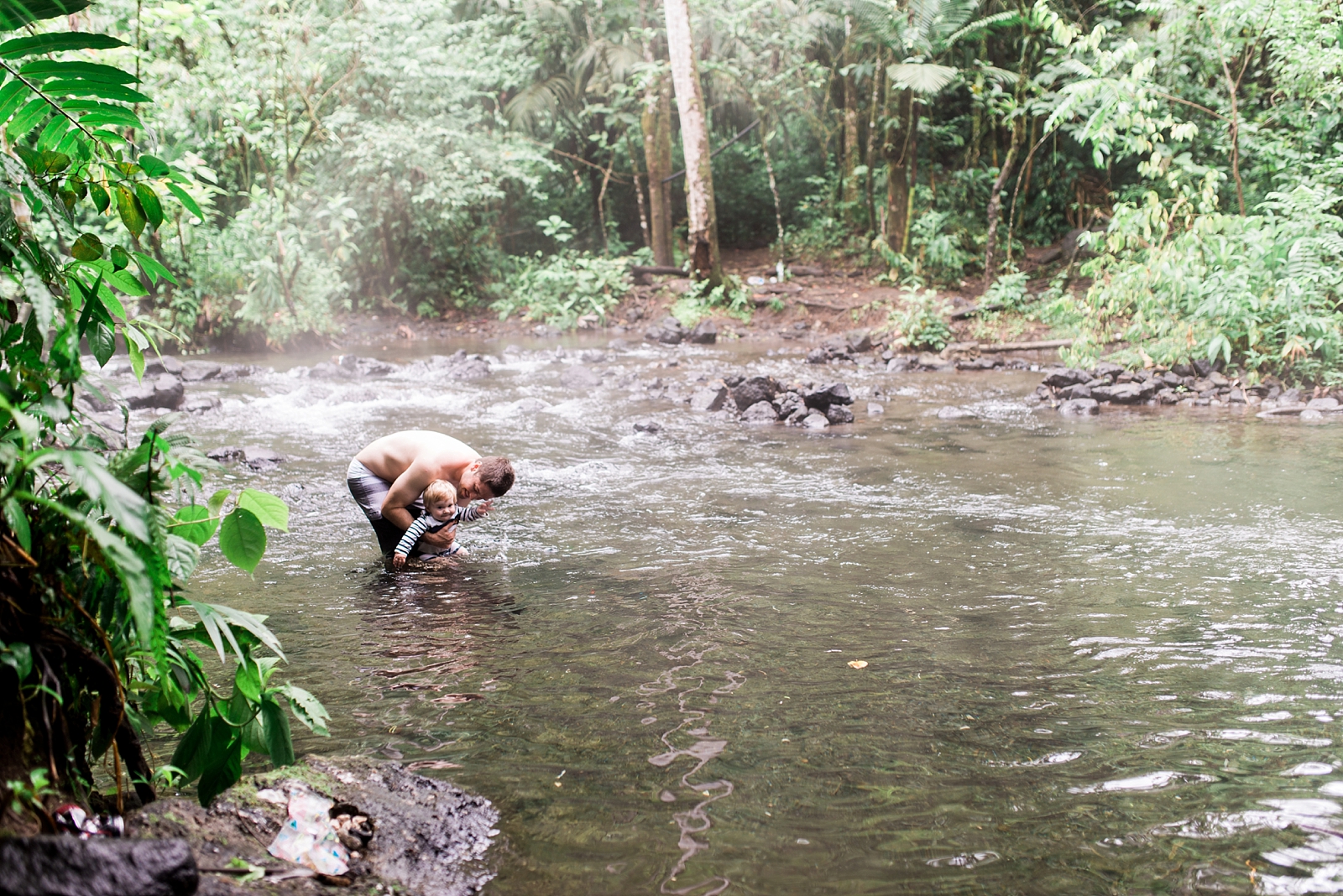 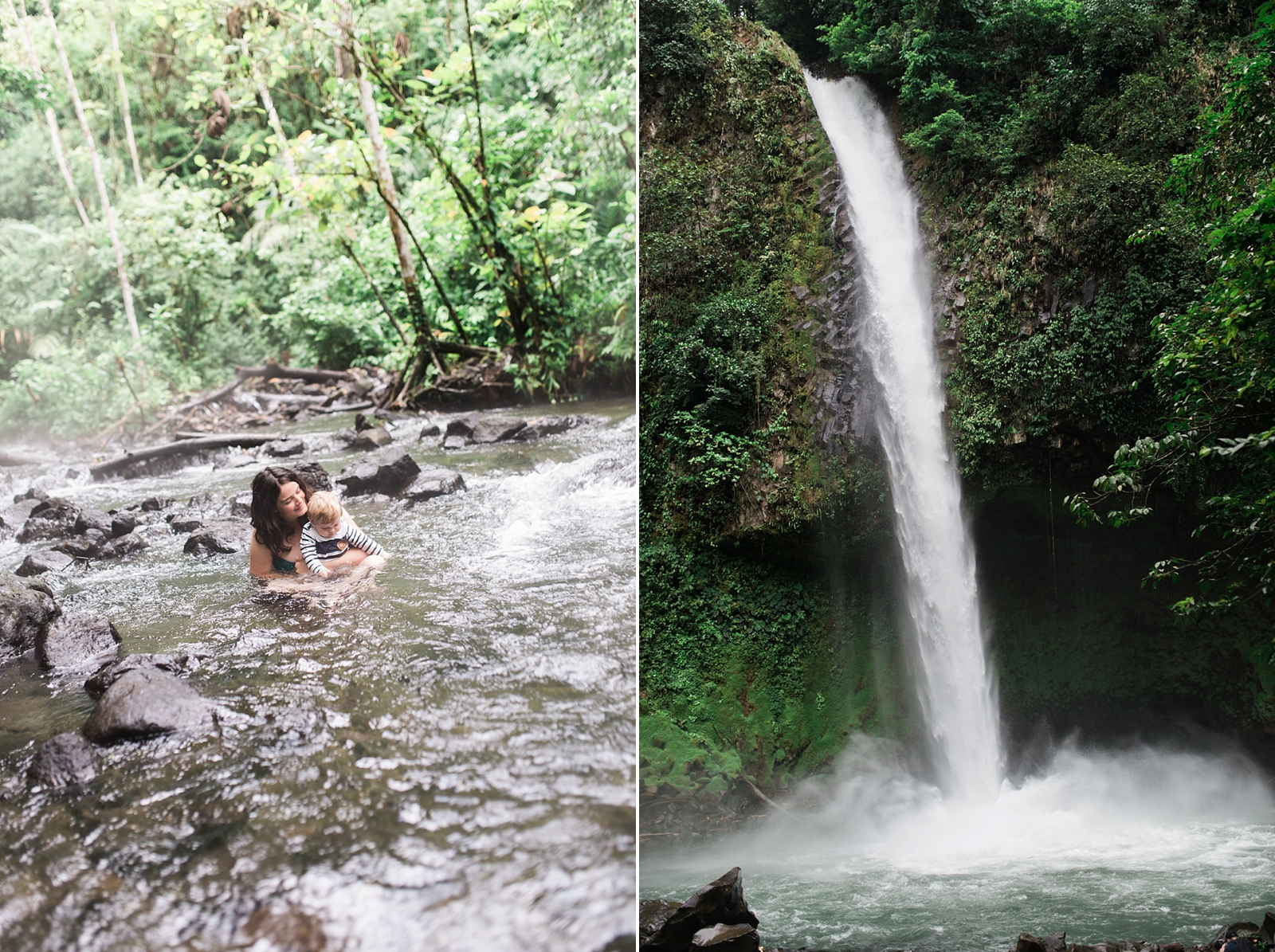 Another hike we did in La Fortuna was to the La Fortuna waterfall. The walk down to this waterfall was much longer than advertised to me, and consisted of a few hundred stairs before me made it to the fall. I may have complained just a little bit to Tay on our way down (and up), but it was a cool waterfall I have to admit. 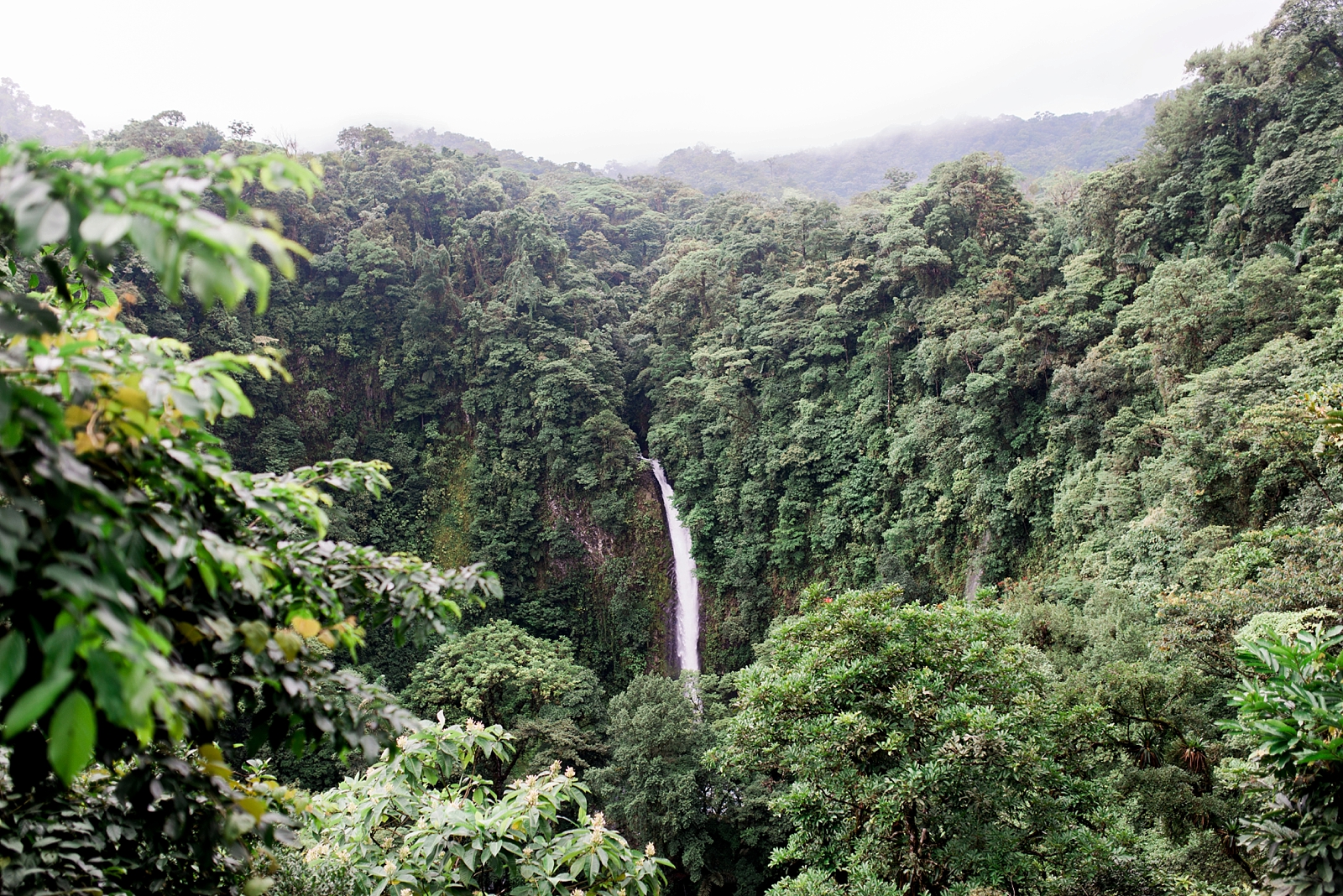 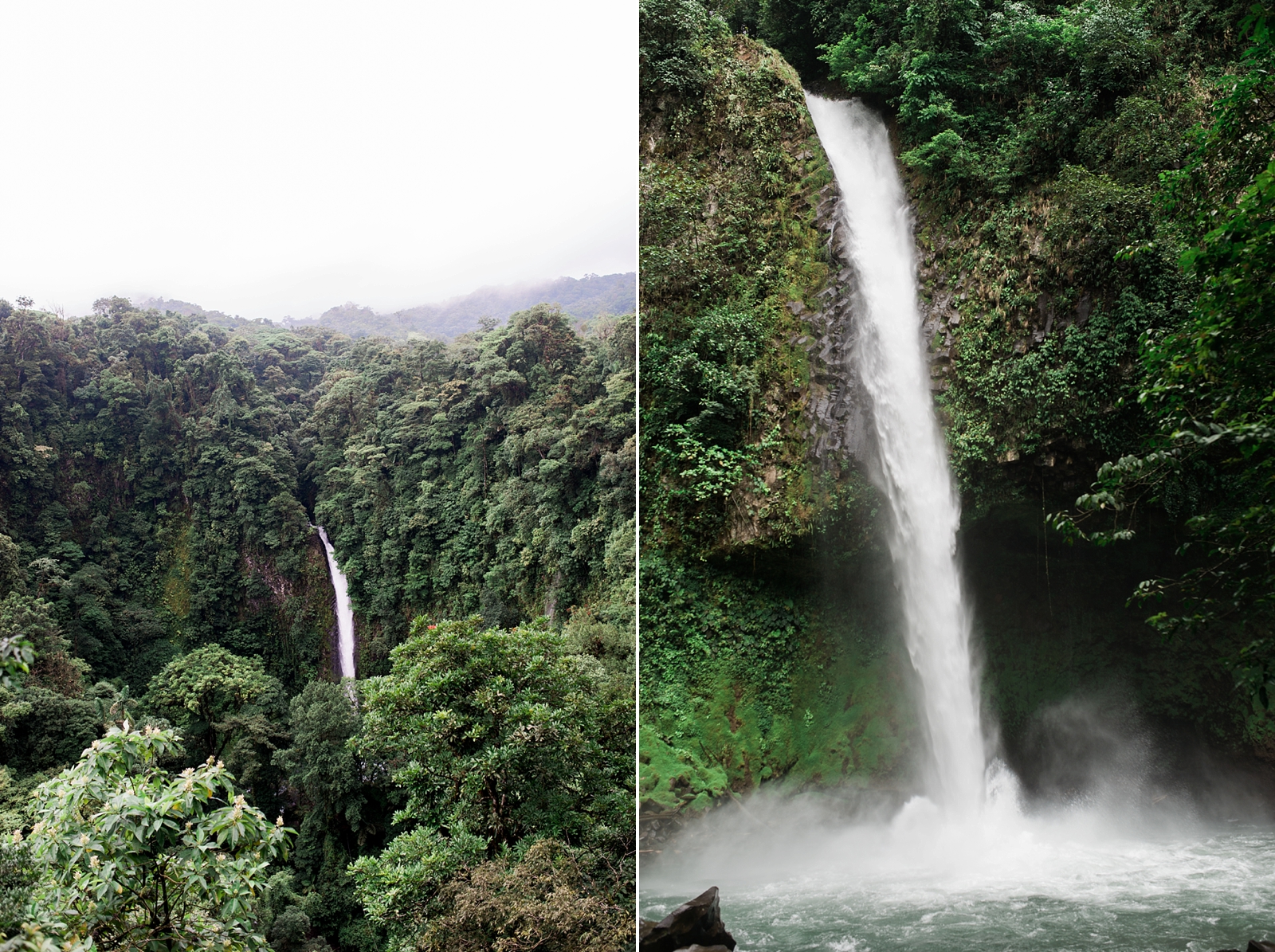 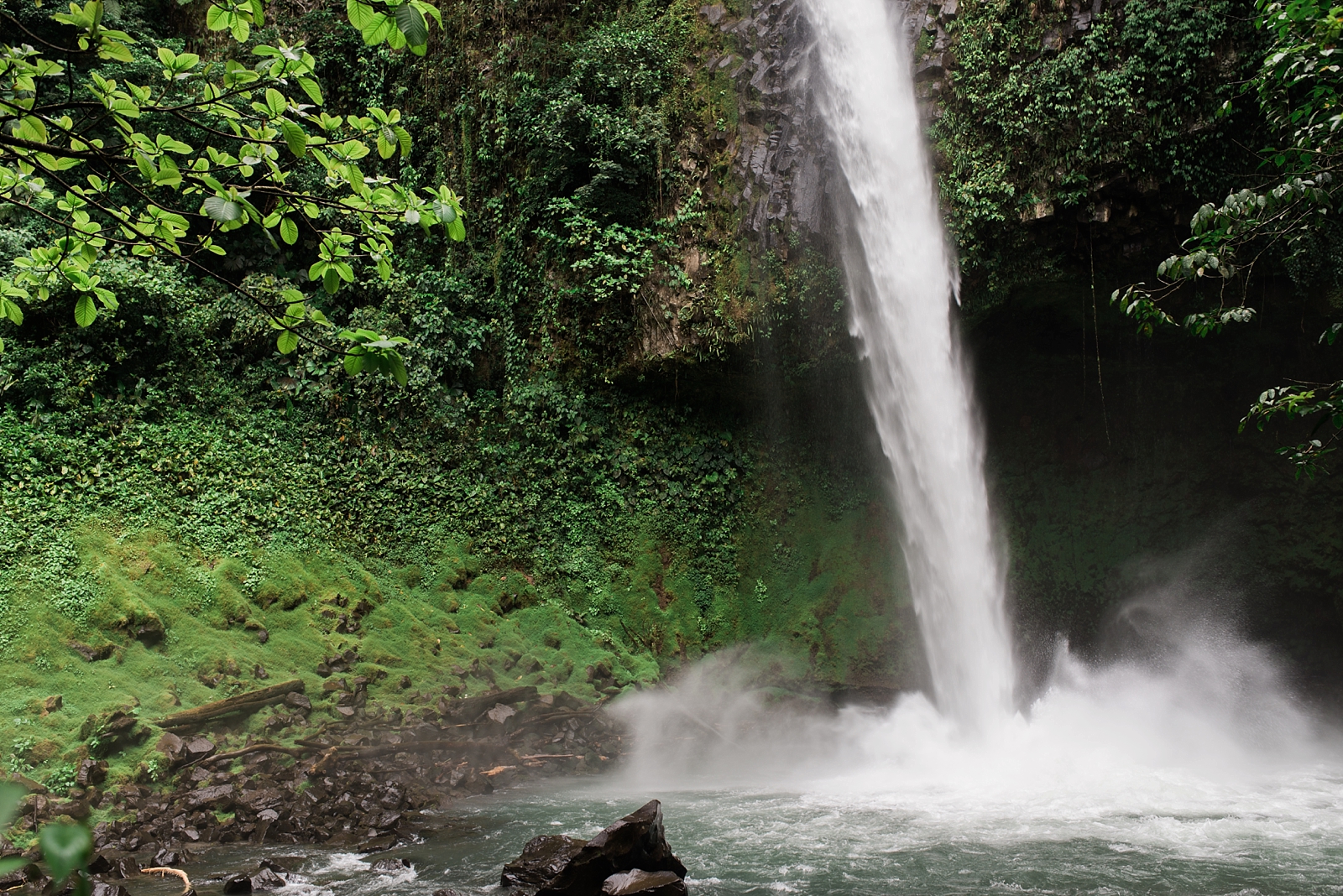 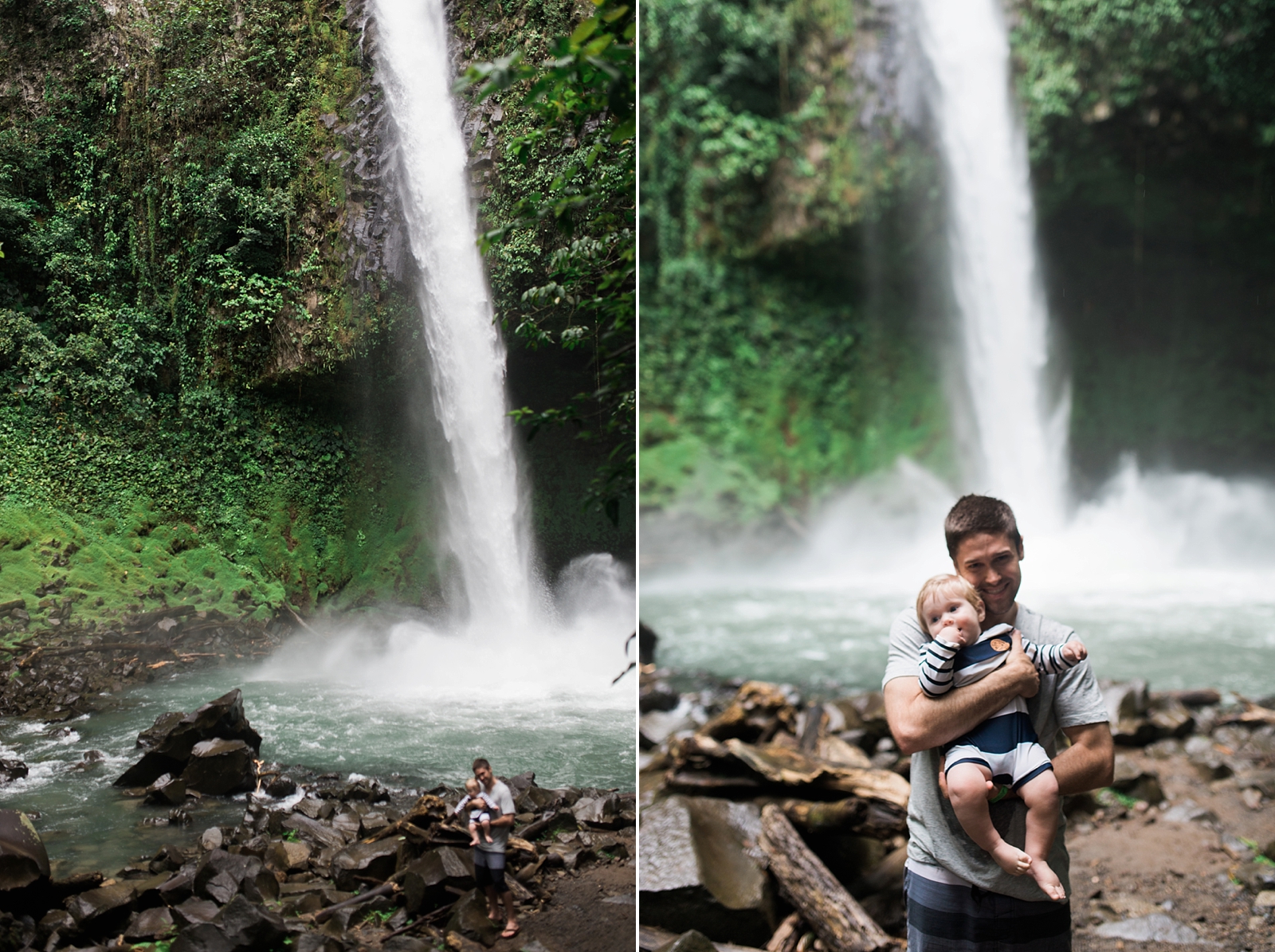 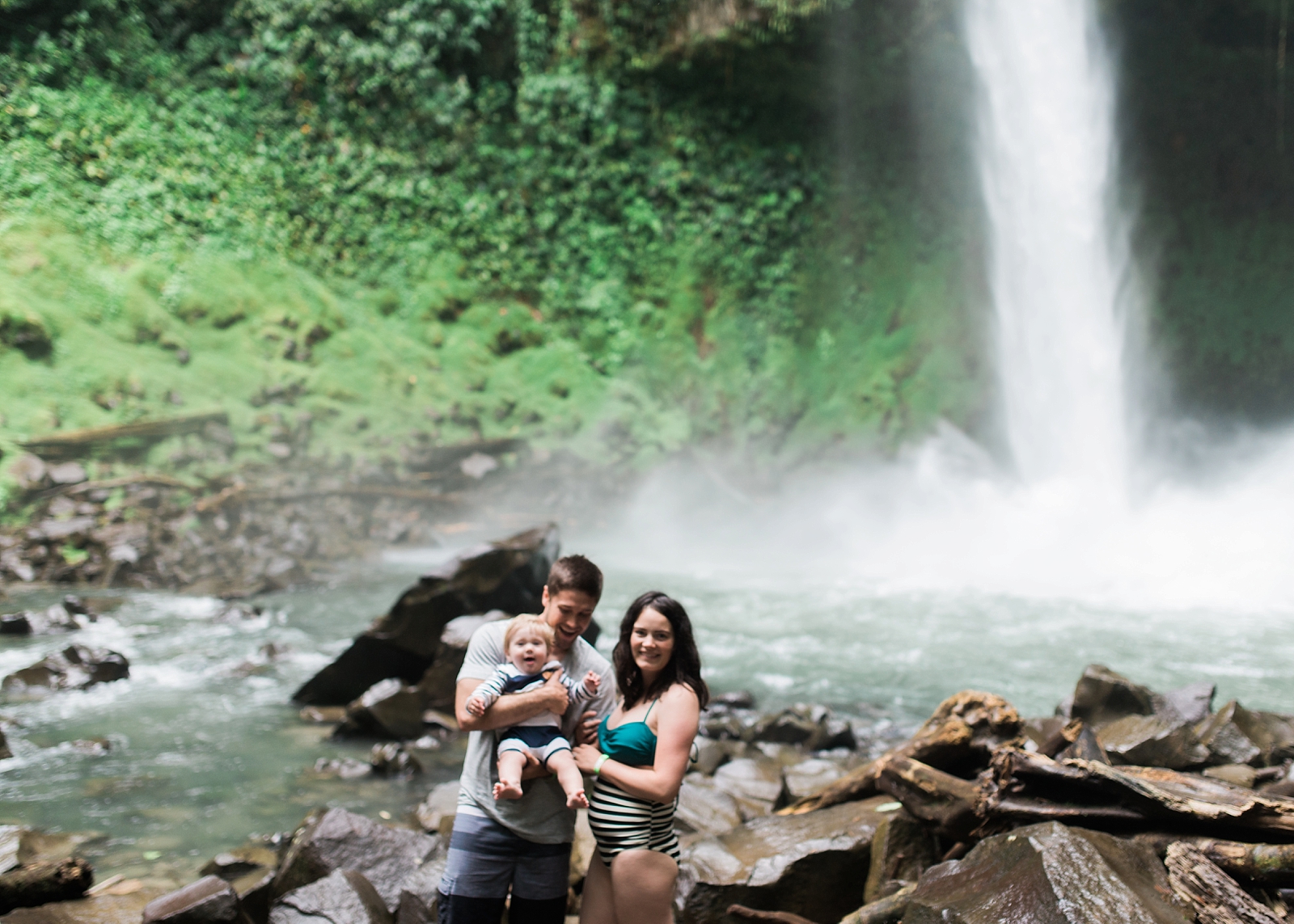 Okay so this was one of the craziest things I’ve done in my life. Tay convinced me that we just HAD to go on this crocodile tour close to Jaco. It was amazing to me how big some of these guys get! A few of them are upwards of 100 years old, and they just keep growing until they die. Some of the older ones weigh over 1,000 pounds! The tour guides give them names like Osama Bin Laden and Justin Bieber, which I thought was kind of fun. The guides would beach the boat on the shore of the river, and whistle for the crocs to come. Watching them come up from behind us slowly was probably the scariest part of the ordeal. They get SO CLOSE to the boat, which is only a few feet above the water level, and it felt like they were looking right at me every time. The crocs then go up on the shore, where the guide feeds them raw chicken. It was a pretty crazy experience, and I made sure that Tay was holding on extra tight to Peter while I took pics and video. 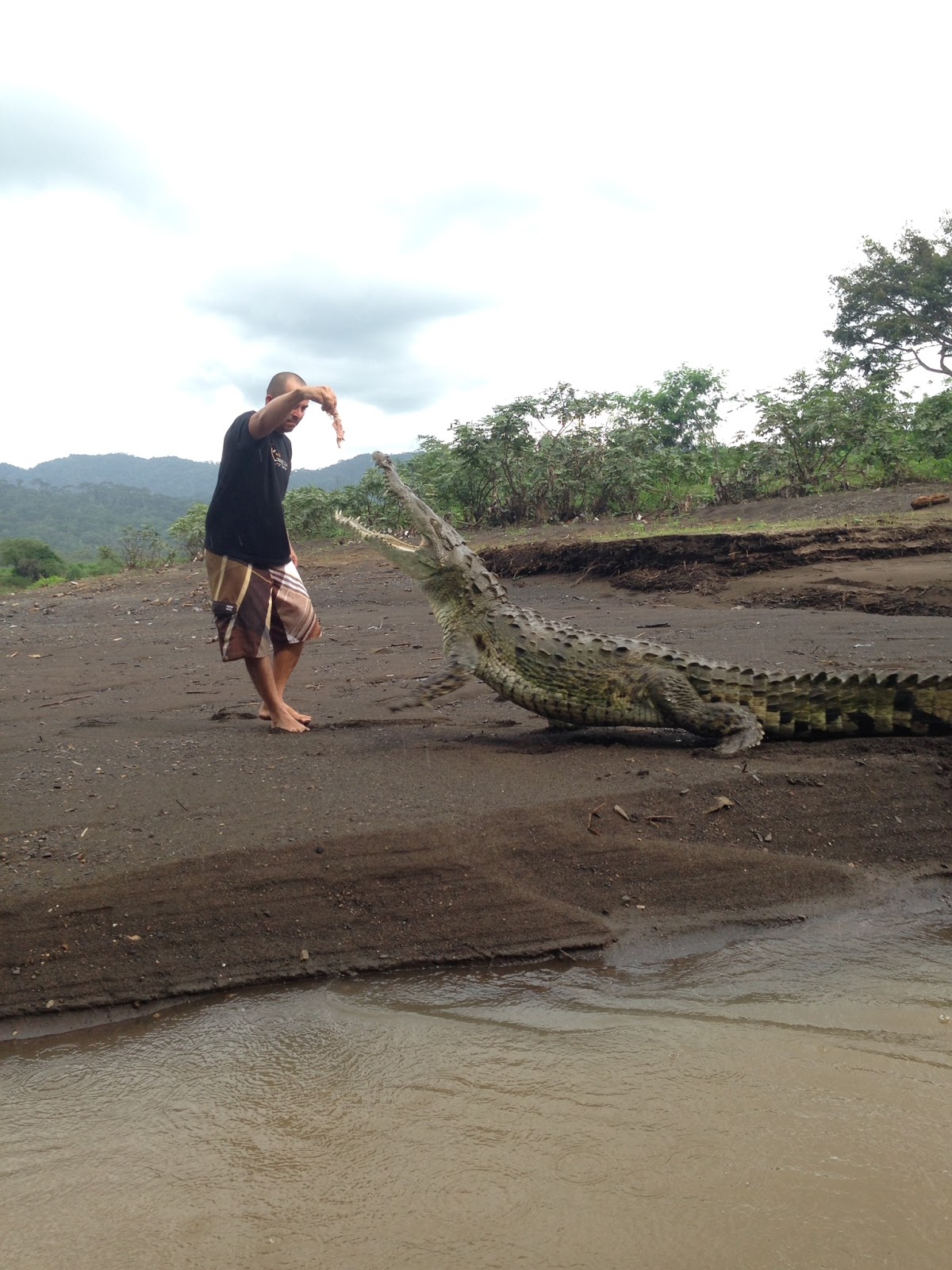 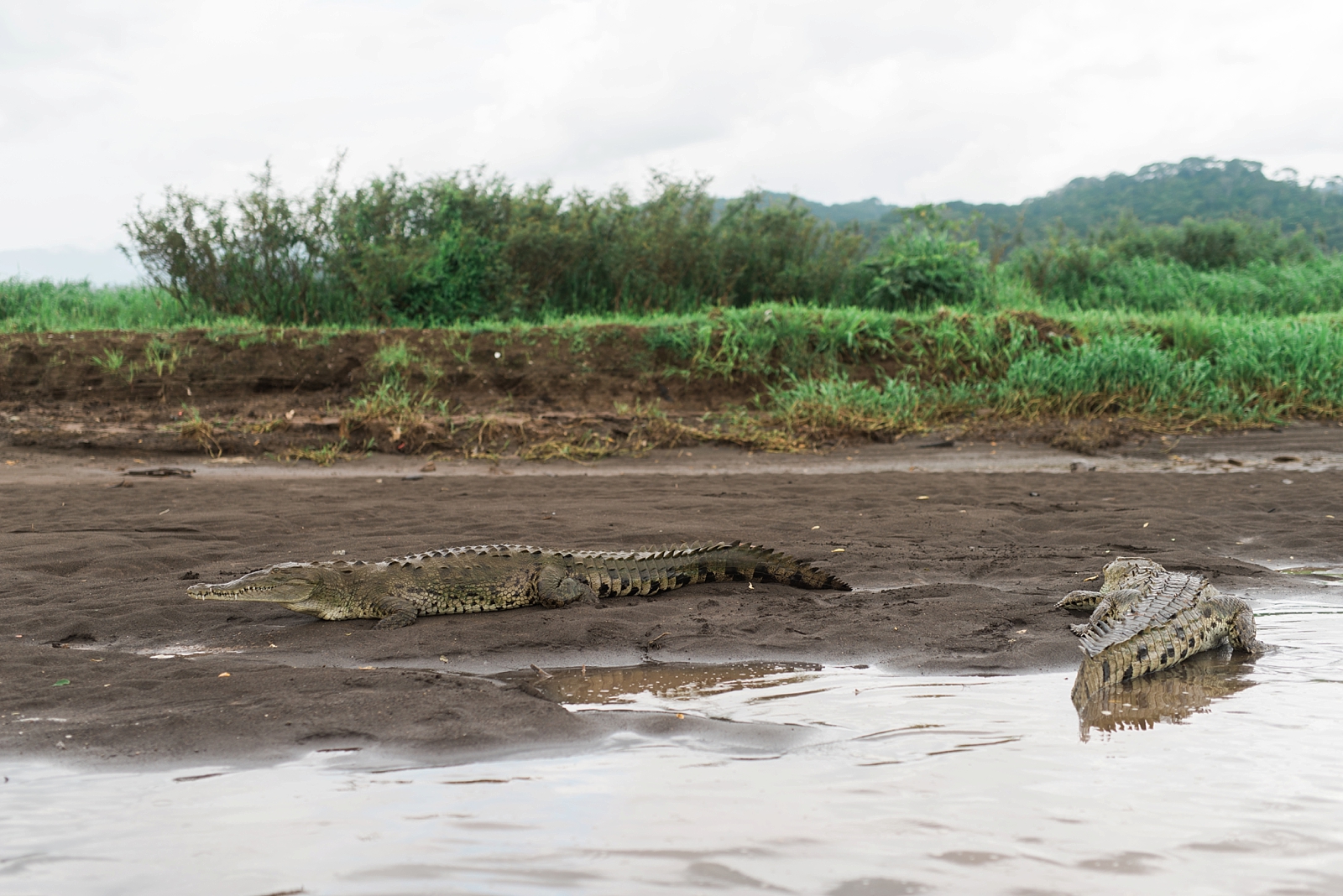 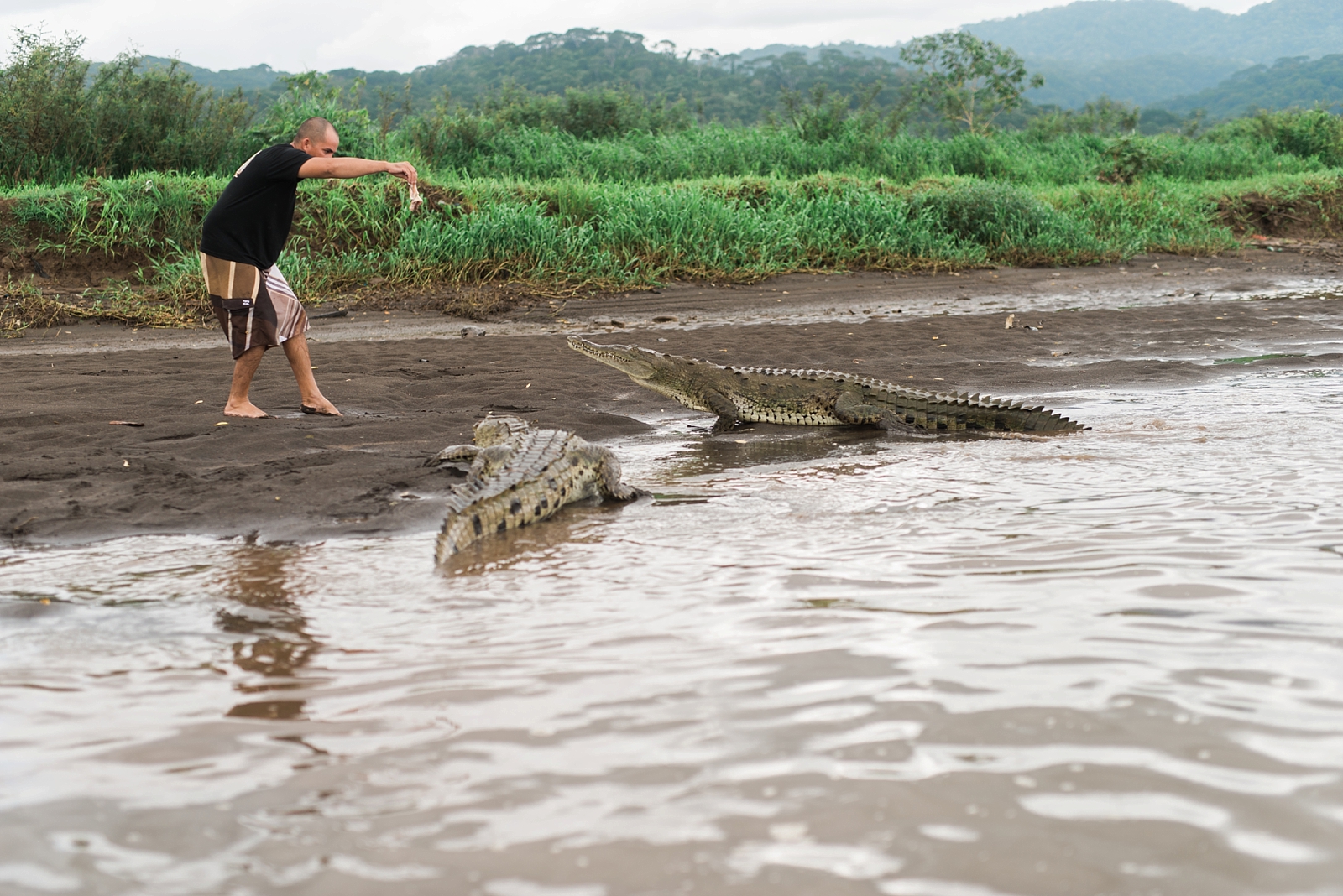 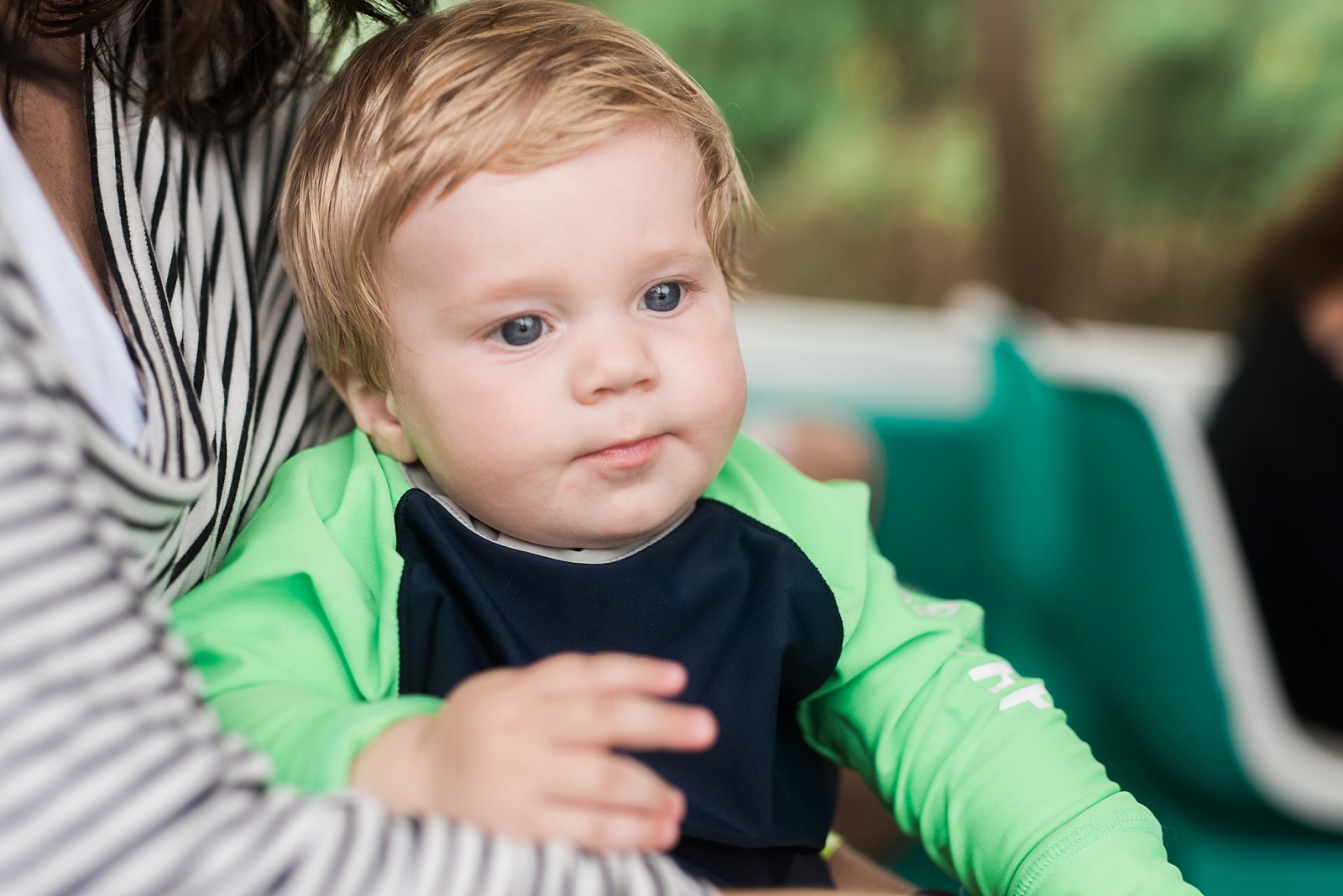 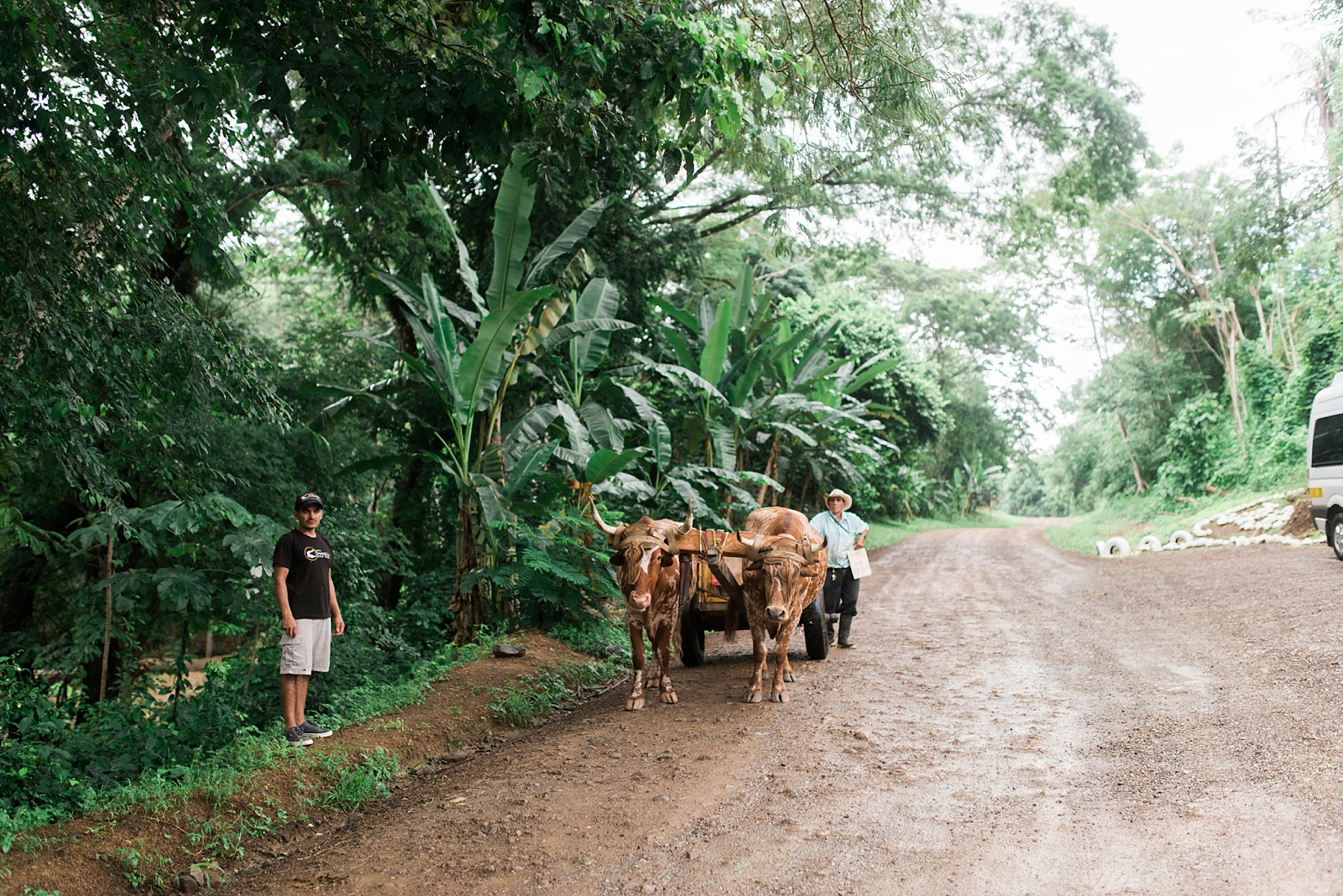 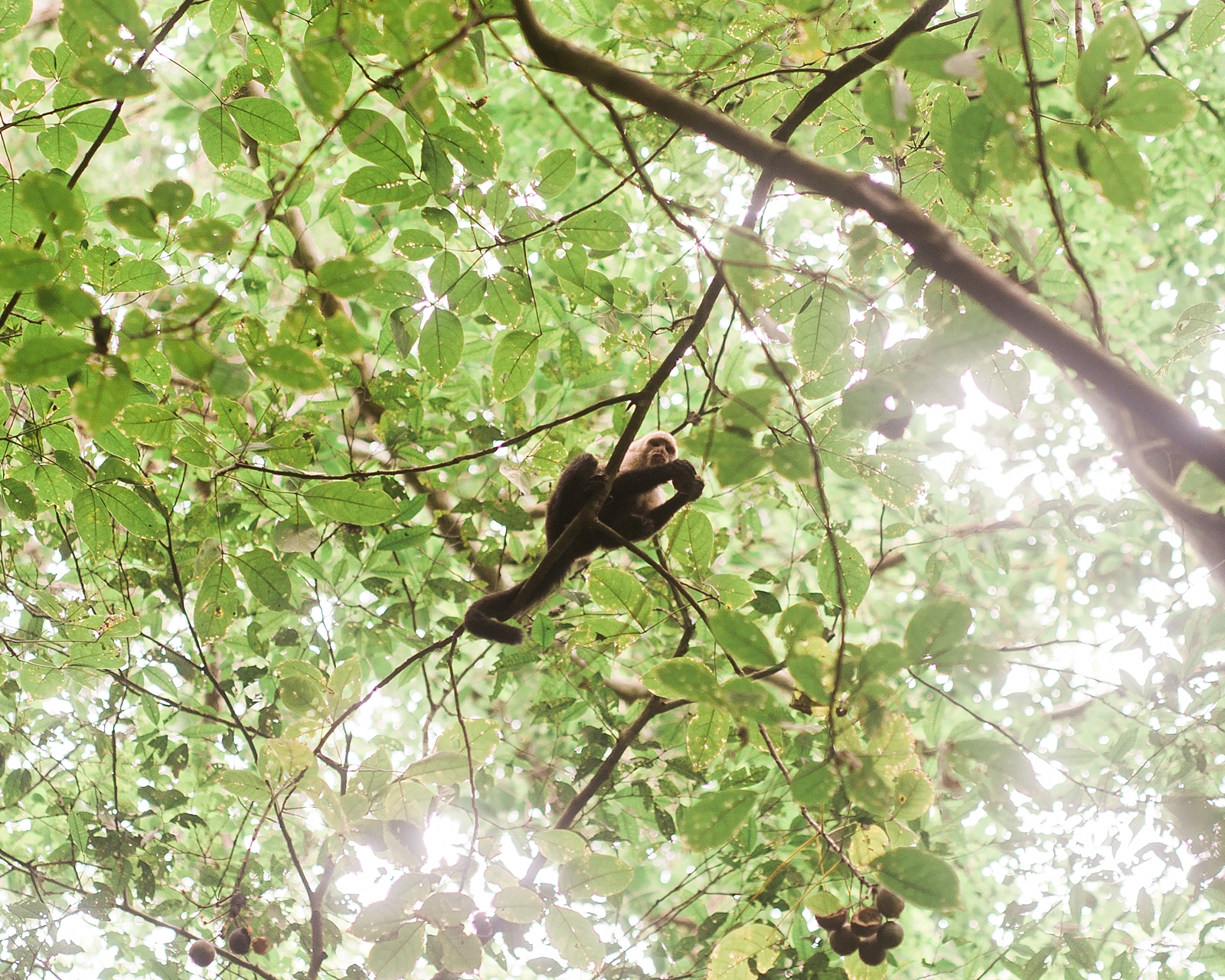